Effects of Cancer Treatment on the Appearance and Wellbeing of Patients 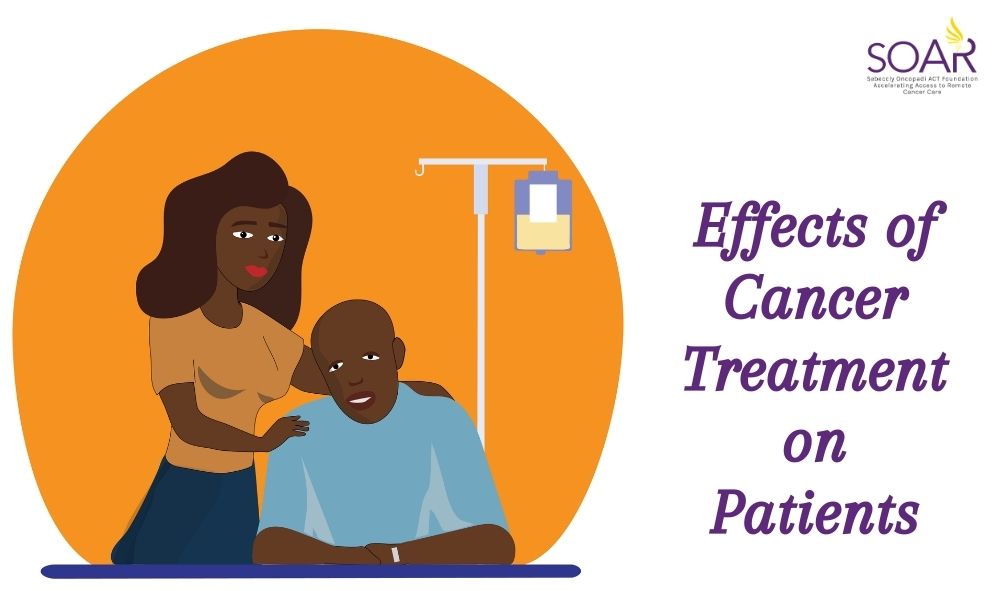 Cancer is a disease no one wants to experience in life.

Being a terminal disease, it has no known cure. However, there are treatments prescribed for cancer patients. These treatments either slow the growth of the cancerous cells or wipe them out.

Prominent among these treatments are chemotherapy and radiation.

As relieving as the idea of a treatment for cancer sounds, it is not without its worries. These treatments have been proven to affect the wellbeing and appearance of cancer patients adversely.

There are two most popular treatment procedures for cancer. These include chemotherapy and radiation. These procedures have been used in recent times by medical practitioners to reduce the growth and development of cancerous cells in the patients’ body.

Chemotherapy is a cancer treatment procedure that uses anti-cancer drugs, also known as chemotherapeutic drugs, to kill cancerous cells. These drugs, when injected into the body, target cancer cells. The drugs thus, attacks and destroys these cells, leading to their reduction or total elimination.

Chemotherapy can be used to ‘cure’ cancer, through the total eradication of the cancer cells. This, however, is not the case, as the cancer cells grow back after some time. The treatment procedure is also used to reduce its spread to other parts of the body or ease some cancer symptoms.

However, chemotherapy, in the process of attacking and killing cancer cells, affects some necessary and harmless cells in the body. The reason for this is that these cells have a similar growth rate and pattern to cancer cells. They grow and divide very fast, just like cancer cells do. Hence, due to the non-specificity of the drug and similarity in the growth of these cells, they are also killed by chemotherapeutic drugs.

The essential body cells affected by chemotherapy include skin cells, hair cells, cells in the human bone marrow etc. The death of these important cells is the cause of the significant adverse effects of the treatment, such as hair loss, dry and depleted skin etc.

Radiation, also known as radiation therapy, is another effective procedure for the treatment of cancer. This procedure uses a high amount of radiation to kill cancer cells by damaging the cells’ DNA. When the DNA of cancer cells are destroyed, their growth and development stop. This leads to their death, and they are finally removed from the body.

Although radiation does not kill all fast-growing cells as chemotherapy does, it has its adverse effects too. The body cells that are within close range of the cancer cells are also killed during radiation therapy. This cause loss of some vital body cells, which lead to negative effects on the wellbeing of the patients.

The following effects occur as a result of either chemotherapy or radiation therapy or the combination of both;

This is the most common adverse effect of the chemotherapy procedure. Cancer patients will notice increasing hair loss during chemotherapy. This tends to alter the way the patients look as they tend to go bald or hairless. The reduction or death of hair-producing cells in the body results in hair loss.

This refers to the reduction/loss of white blood cells in the body. This could be as a result of chemotherapy or radiation therapy, although it is more likely to occur during chemotherapy. Neutropenia is a severe side effect as it reduces the body’s primary defense against infections (White blood cells). This implies that the body is prone to infections during cancer treatments. In a bid to reduce the occurrence of infections, cancer patients are implored to wash their hands regularly and maintain personal hygiene during the procedure.

This effect refers to the swelling in the body due to the absence of lymph nodes. Some parts of the body will notice some swellings as a result of this.  If cancer cells are located around lymph nodes, and during treatment, these lymph nodes are damaged, lymphedema occurs. The reason is the inability of lymph fluids in the body to drain adequately, hence the swelling. This is usually due to surgery, cancer complications or  radiation therapy.

This effect refers to the clotting of blood in the arm, thigh, leg or pelvis. This clotting occurs in the deep vein, and in some cases, it breaks off and goes to the lungs. Cancer patients undergoing chemotherapy are more likely to have DVT than any other group of people.

This is another effect common with patients undergoing chemotherapy. It is also known as chemo brain. It involves momentary forgetfulness or inability to focus on a specific task. Since there is no treatment for this effect, it is advised that patients with this issue should get enough sleep and rest and set reminders for tasks.

Chemotherapy and Radiation therapy are the two common treatment procedures for cancer patients. While these procedures kill or reduce the number of cancer cells in the body, they also result in some changes in the appearance and wellbeing of the patients. However, cancer patients should be on a balanced diet and adequate fluid intake. Although appetite is sometimes poor, it is important to consume enough energy and nutrients in your daily meals. Cereals, legumes, green vegetables, and iron-rich foods such as spinach and cabbage help to maintain energy levels. The same applies to frequent small meals. You can eat snacks with ready-made supplements that contain plenty of nutrients in small amounts. This is necessary to be healthy and as strong as possible.