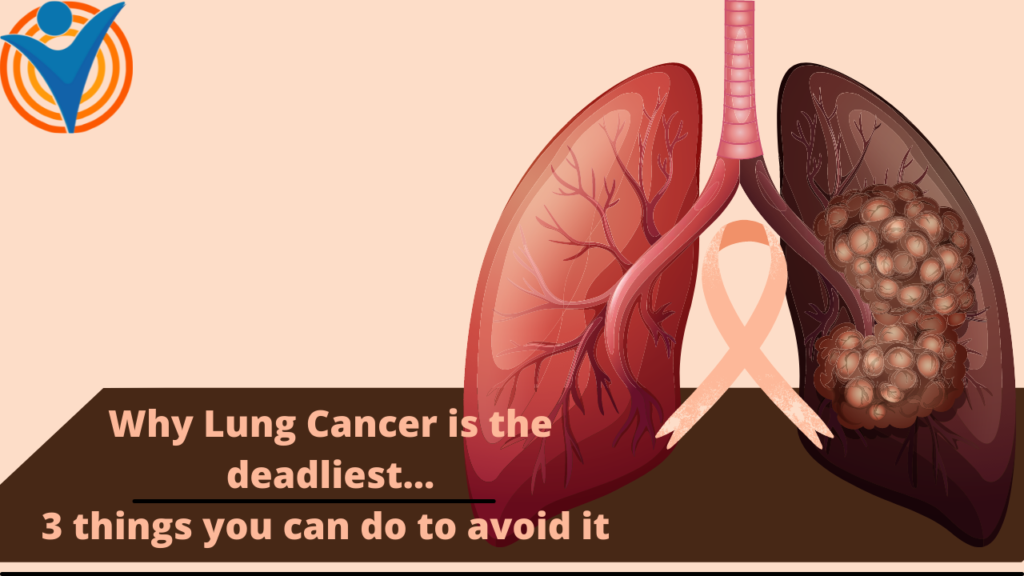 What is lung cancer?

Lung Cancer is a type of cancer that starts in the lungs.

Sometimes cancers spread to the lungs from their site of origin during their late-stage. When cancer spread like this, the resultant tumour is called a metastatic mass. It is not classified as lung cancer.

What are the types of lung cancer?

The two major types of lung cancer are:

Why is lung cancer so deadly?

Lung carcinoma is the deadliest and the second most diagnosed cancer globally. It was responsible for over 1.8 million deaths in 2020, the highest death toll for any variety of cancer.

Most lung cancers do not cause symptoms until the disease is at an advanced stage. This phenomenon is partly because the lungs have few nerve endings. So the tumour can go undetected for a long time. Lung cancers mainly affect older people. It is rare in people younger than 40.

What are the symptoms of lung cancer?

Early symptoms of Lung Cancer include:

As cancer progresses, additional symptoms may develop based on where the tumour spreads.

Some of these symptoms include:

What are the risk factors of lung cancer?

A risk factor is anything that increases a person’s chance of getting a disease such as lung cancer. However, you may have a risk factor and never develop the disease, vice versa.

Some risk factors can be avoided or changed – modifiable.

Smoking is by far the most predominant risk factor in the development of lung cancer. Research indicates that eradicating smoking can prevent up to 90% of lung cancer diagnoses.

Second-hand smoking occurs when you breathe in smoke from a burning cigarette or a smoker. Exposure to it also increases the risk of developing lung cancers.

People who work with asbestos (such as mines, shipyards, mills) are exposed to large amounts of it. They have a greater risk of developing mesotheliomas, a variety of cancer. Mesotheliomas develop in the pleura (the thin lining surrounding the lungs).

Any family history of lung cancer also puts you at greater risk for having lung cancer.

In cities, air pollution (especially near heavily trafficked roads) raise the risk of developing lung cancer slightly. Some researchers estimated that 5% of all deaths from lung cancer may be due to outdoor air pollution.

Three Things You Can Do To Avoid Lung Cancer